“Too much green…” “everything so intense…” "Roehampton is so beautiful"... What happened at Hercules Café

My previous posting concerned the first of three zoom events I hosted this term. As I said in that posting, the first of them, a Show and Tell for Black History Month, was connected with the autism activities I am developing – more so than I’d initially thought. The second event, the topic of the current posting, is the one for which I can use the word “directly” without hesitation.

This second event was a remote “Hercules Café’ for this year’s Being Human festival. Being Human is a festival usually comprising face-to-face events but which was this year held remotely. I had been concerned about how well the event would work – would people book for instance? What activity should I present? Would it work? etc.

People did book, and then come! Participants zoomed in from round the UK and internationally, including from Israel, Belgium and Greece. Those present included people from the Our Mythical Childhood project, some of whom have been in workshops with me previously. There were also teachers, people with autistic family members and, best of all – children. By the time that this second zoom event took place, I had already, thanks to the Black History Month event, gained a sense of how Zoom can facilitate the connection of a range of people in different places.

Ahead of the session, I sent those who had booked some advance information, including details about the autism activities and a pack of drawings for colouring in, cutting out et cetera on the day, including the following: 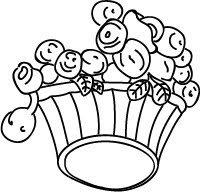 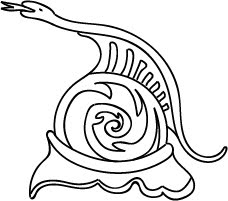 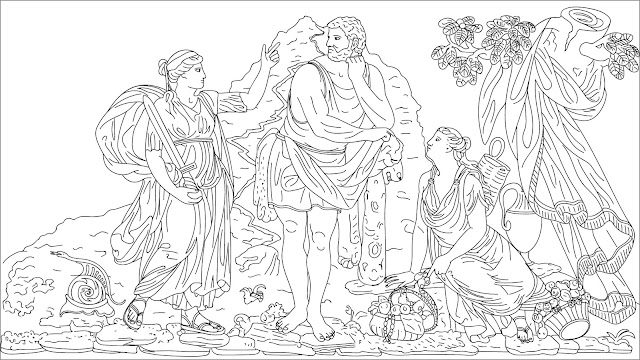 On joining, comments from participants in the – very active – chat included introductions where people shared why they were present, where they were zooming-in from, and how old they were. Here is a sample of introductions from adults present:

I'm an Associate teacher at a secondary school (22 years old) and I am here today because I studied classics for my degree. I am also running an intervention at our school which uses Hercules!!

.. I also have an autistic nephew. I'm here to support Susan's work. I am a big fan of Athena.

… I am researcher in education and I love Myth. My favourite mythological figure is the goddess Athena. And I'm old

As this year’s festival theme was “New Worlds,” the focus was on what it can be like to enter a new world – somewhere that might provoke a range of responses as one approaches then enters it – anxiety or excitement for instance. The focus was on one particular stage in the “Choice of Hercules” story which is the focus of the set of lessons I am developing for autistic children. This is the moment where Hercules finds himself in a rich, packed and multi-sensual space.

We began by sharing, via the chat, what people first noticed, or what Hercules might have noticed, first in the curious place. The possibilities put forward included:

The tree curtain thing on the right. Hercules would wonder what it was.

I can see a snake helmet

The things behind Hercules is what I noticed first.

A long and winding road ...

I noticed he looked uncertain

We then discussed what Hercules might be feeling in this curious place. Comments included:

He looks bored. He's not looking at the woman, but beyond her.

he is magical thats what

To me he's distraught and finding it hard to decide

I think he is thinking of something

He doesn't know what is going on

After exploring what Hercules might be feeling, we moved on to a discussion of the times we have been somewhere new for the first time. And what it made us feel. These discussions were carried out over the chat facility - which was used very actively throughout the session. Comments included what it felt like to start a new year at school as student, or to start a new job at a school, or to give a talk on a specific virtual platform for the first time:

i was so nervous wen i started year 3

I felt very nervous when I started my new job and had to get used to a new school!!!

I was really terrified when I gave my first conference talk on Teams, but it was fun in the end

Some participants shared experiences getting to new places:

Taking my wife to Spain, exciting and nervous with the language.

Going to New York City. Everything so intense.

A theme developed where people shared what it felt like when they first arriving at the Roehampton university campus:

I remember the first time I visited Roehampton!  The first thing I noticed was the nature around the University. Too much green. I remember crossing a path among trees! I was so excited!

I remember the first time I visited Uni of Roehampton and having difficulty finding everything!

I was very nervous the first time I visited Roehampton but felt much better having met my lovely supervisors!

I was at Roehampton 30 years ago as an undergraduate, a lovely place and so close to Richmond Park which is beautiful

Things became a little meta which one participating sharing their feelings before, and the during, the very session they were in:

As well as the chat working well, there was a surprising amount of interactively, with children holding up the colouring-on they were crating to their computer screens and – even – a sword fight involving a coloured in sword and a word sword at my end. Comments as the session drew to a close included:

Thank you Susan this was amazing and thanks to everyone  - it has been lovely seeing you all virtually!

Thank you so much Susan!!! Great having coffee with all of you!

I am now planning further follow-ups, including more zoom sessions...